How lucky we were. The usual suspects Cardinal Munk, OVH, Dodgy Condom, Lopsided Backside and yours truly teamed for an early morning opening drink at the Englische Reiter, renowned and wonderful beer place of its own opposite the Schweizerhaus and shortly before 11 a.m. it was on to the other side of the road into Viennas most famous Beergarden, yet again, still alive and very thirsty! 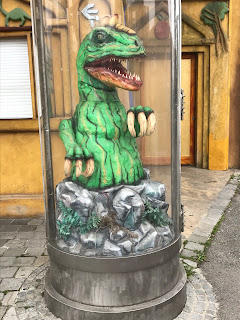 Luck had it that we could grab a table right next to the beercounter. That table was lovingly decorated with a tablecloth provided by Lopsided Backside and within very shortly Multiple Entry showed up. Our numbers were augmented by Victoria's Secret, St.Norman, OVH, Rowed Runner, and later on Prince of Barkness and Holy Roamin' Empress, both OVH, No Balls Prize, Just Robert from the Netherlands (and there is another certain Just Robert who happens to have a house adress that reads "Danube, stream kilometre 1.927,875" ( I swear this is true) and in the evening S. Energy with our house guest from Germany Just Martina came by for a glass of wine or two. All in all those opening- and closing days are a vivid example of Hash camaraderie and thirst for good beer that is never quenched. 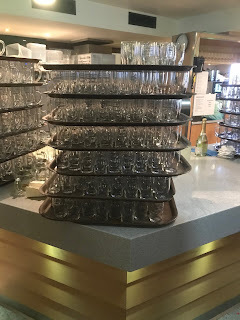 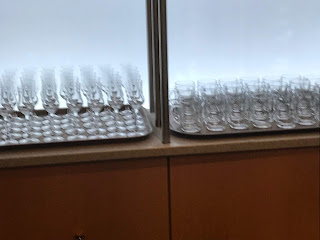 The Moron pics should be available here in a pic folder that is still empty by the time I am writing this.


via GIPHY
Posted by Marie Tamponette at 22:21