"It ain't fair to be excluded from a run just 'cos you ain't gone skiing" (copyright Mind the Gap). 19 years later the Ski Week Solidarity run has become a local tradition much like many another custom of the World's Worst. I am talking about the Hash Ski Week and these people always having a Hash run while they are away and on the loose. Those left behind working (i.e. US) also want to have a Hash run during the annual Hash Ski Week! ;-)

Lonesome Cowboy, one of many alumni of the Vindobona Hash came with the term "Solidarity Hash" first and ever since we have been circling around either near the Karlsplatz or alternatively around the Votivkirche and inside the Alte AKH (great Beerplaces in the inner courtyards!)

Cardinal Munk, OVH is always there to help out and in blatant contrast to previous years told me that "it's your thing to come up with a suitable route". As usual, I had nothing planned so off we went, towards the Naschmarkt, up in the 6th district, back across the Naschmarkt a bit further on, passing by the house where Franz Schubert passed away and even further through lesser busy roads in the fourth district, thereby perusing the occasional architectural gem.

The times of live Hare runs seem to be gone, we started to set the trail a little too early which in turn made us wait for the better part of an hour for everyone to arrive at Schwarzenbergplatz. As it was a little nippy, the circle was held short and off we went to the nearby OnAfter, a zany Asian Food place.

Have a look at some impressions of an evening walk in Vienna. 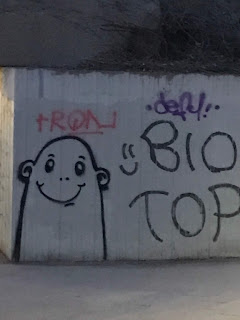 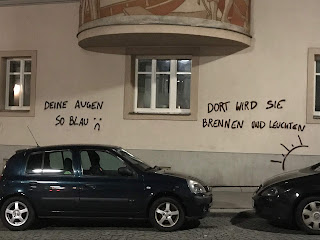 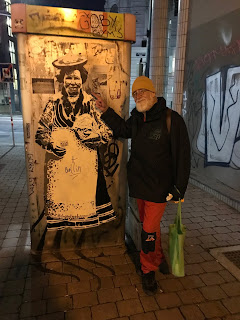 Posted by Marie Tamponette at 11:39 No comments:

For all those interested about potential Hash runs on Mars here is a permanent link (also in My Blogroll) for the weather conditions over there (watch out Religious Advisors). How much will they charge for beer on Mars? Where will those OnIns be? And what about the Hash Fee? 4 Euros or 5 Euros? Stay tuned.


Posted by Marie Tamponette at 10:59 No comments:

In sunny contrast to last weeks wind and rain out in the sticks it was time for Merry Me and Septic Yank (truly the best GM the World's Worst never had) to call for a run near the lovely Alte Donau. A not too long trail through the more quiet part of the 21st district, including the Wasserpark and a bit of the Copa Kagrana alongside the shores of the Alte Donau with all its newly revamped bars and cafes, to be opened in the springtime.

I would have liked to write a bit about this nice run, yet after a mere 45 minutes it was on back to the carpark already. And was Mr. Pink late? He certainly ran an extra loop, repeated the trail and returned while the circle was still going on. Hash pics? Dunno.

Posted by Marie Tamponette at 10:47 No comments:

A Hash run at the beginning of February can be a somewhat dreary affair, with cold dampness, strong wind (howling in your face, not leaving your behind) and a little rain are the fitting ingredients for a Hashers Sunday afternoon pastime.

Congregating in Biedermannsdorf, not far from home S.Energy and yours truly tried to make best use of fields, sufficient mud and a trail that pointed across the fields, and, after bridging the nearby motorway, was leading into the quieter parts of Wiener Neudorf. We the Hares were blatantly unaware of the fear that flour marks on the ground can cause in reputable locals. As we were nearing a cross-walk we were stopped by two ladies who declaimed "WHAT ARE YOU DOING HERE!?". By means of explanation, which included showing them a bag of flour, our family dog Just Melios and some short description about what was going to happen a little later on, the two were still highly suspicious. Consequentally, on a very well known social network that shall not be mentioned here we earned the mention that "strange signs had been spread all round, of powder-like consistence which had to be taken away".

Runwise, it was more walking that running and getting towards the end those marks leading to the carpark were wiped out already, causing a little delay for Boney M. and Lord Glo-Balls, OVH to find the right way.

25 very windy minutes at the Hash circle later it was on off to the nearby Bauernschenke Taschler, a great place, to be recommended.

Official Moron Pics? I am waiting just like all the rest of you.

One of my pics will have to do for now.

Posted by Marie Tamponette at 17:16 No comments:

King Ralph and Prof. DDr. Felch, OVH provided a run starting from Kaiserebersdorf Trainstation, out there near the Schwechater Brewery in, well, Schwechat, a town bordering southeast of Vienna. As there was the coldest Hash of the year extravaganza, taking place somewhere in Slovakia, visitors like Likkmm got washed up before the start of the run. 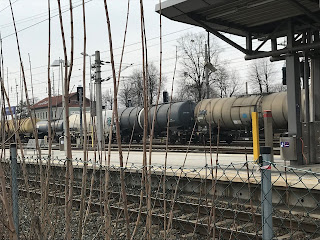 Running in an industrial area on a cold day, does it get any better than this? I was a bit dumbfounded when after a seemingly short distance the carpark - trainstation suddenlty seemed kilometres away, and the only way to get back to it was to follow a long, straight and monotonous concrete path alongside the Schwechat river. Towards the end of this special panorama was a turn onto a field of mud, before the back end of the trainstation, the cars and the cool beers were reached eventually. Late appearances were made by Joystick and Morhair Richard Kopf, OVH. It took our guest Likmm a little longer to find his way back but there he was, after an extra half an hour. 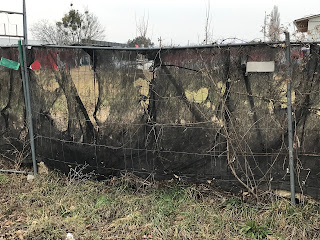 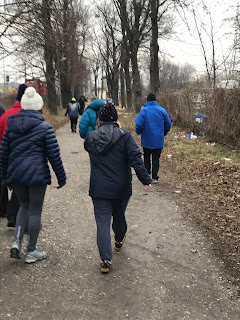 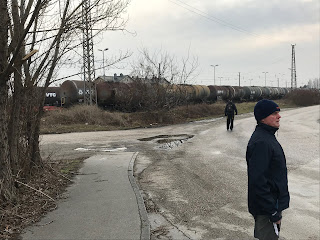 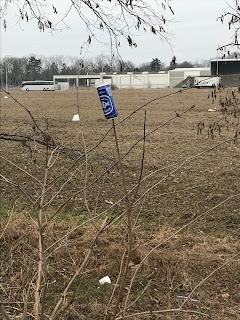 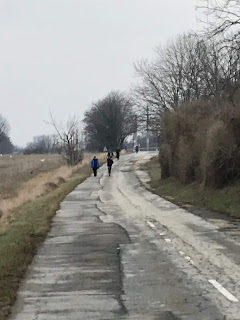 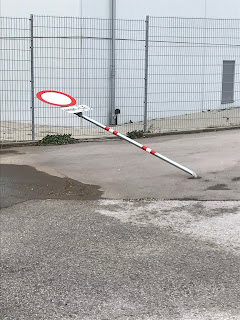 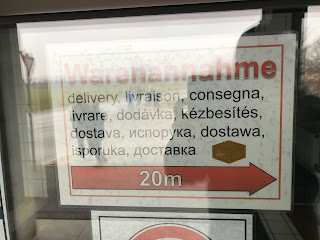 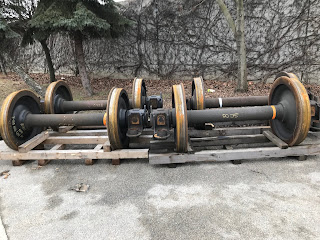 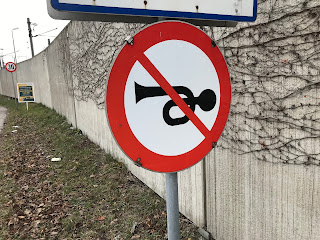 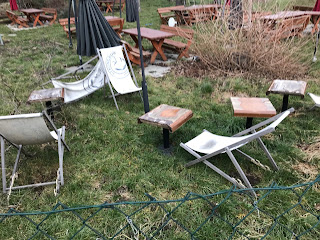 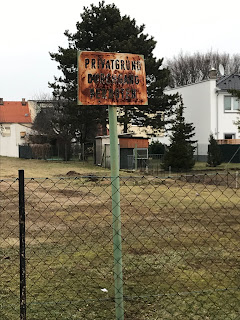 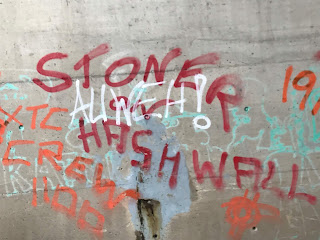 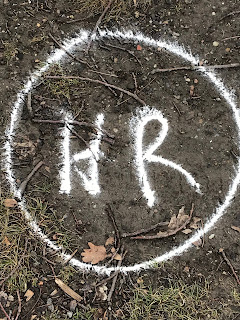 A run of the different sort, somehow.

Posted by Marie Tamponette at 23:17 No comments: