The next run on Sunday , April 10 was held in Berndorf, Moron growing up place if I remember that right. Again I could not partake yet the Cardinal Munk (OVH) promised me to come up with some Cardinal Chatter. Let's see. 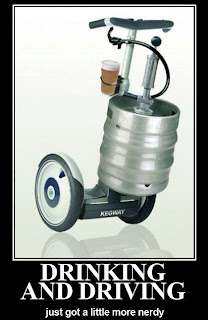 Look for Life with the Moons

Posted by Marie Tamponette at 22:23 No comments:

Sunday April the 3rd saw a run staged in and around the Wiener Zentralfriedhof, something that the Cardinal Munk (OVH) and I wanted to do years ago already yet somehow never happened. Credit to No Balls Prize and his affiliates to see the run through eventually. Pity I couldn't make that run. From the pics of this run I can just tell happy faces. Are we ready for the resurrection?


On out.
Posted by Marie Tamponette at 21:56 No comments:

Get on your Boots

All change. As much as I like daylight saving time (Sommerzeit) my wife hates it. In the past the changing of the clocks led to a few funny situations where Hashers either arrived much too early or rather late-ish to the run on that date.
This seemed to have not been the case outside the American International School here in Vienna somewhere in the 29th district on Sunday, March 27. A good crowd assembled in the non-existing carpark to start the run  on up.
All the way up the Salmannsdorfer Straé and then into the forest heading for the Höhenstraße nonstop fun for the fit ones was guaranteed. Crossing the Höhentrasse and getting stopped by a short Checkback brought us back abd eventually to the Viewpoint at the Häuserl am Roan not far from our annual refuge at the Grüß Di A Gott Wirt.

On over the Höhenstrasse and back into the woods heading for the way home featured the way down some sort of steep hill and an old fashioned cobblestone road in town again. Only to face the following upon our return to the carpark:


During the ensuing circle three new boots could be welcomed:


And that was that.

Posted by Marie Tamponette at 21:20 No comments:

up at the Wotrubakirche in the lovely surroundings of the Maurer Berg in Viennas 23rd district on Sunday, March 20th. I couldn't contribute much to this run since I was not in attendance yet there were more than enough Hares (up to six?) so fun was had by all as you and I can tell by these pics.

Posted by Marie Tamponette at 23:23 No comments:

March 15 - Schweizerhaus opening day. Beers unlimited, same old company of the drunkards microcosmos and oompah muzak. Can it get any better than this? Thanks to all that came by and helped us to celebrate.

Here are a few assorted pics for all absent friends like Minuteman et al. Thinking of you and raising a pint in your honor.

Posted by Marie Tamponette at 21:50 No comments:

The second and last part of the great powderfactory run series out there in Blumau happened on Sunday, March 13. I didn't have time to come to the first one last year so I was quite curious what to expect from an area of ruins in all sorts and forms, debris, tunnels and forest.  Take a few pics as example that the Hares Deodorant and Knödel mit Ei made sure that everyone was served, including a fine songstop next to the water.

A fine trail that included all forms of ruins, tunnels and forest and a beer stop in Deodorants garden, of course one had to climb up and down ladders again to reach the well cooled beer afterwards.
Some ten minutes later it was on back to the carpark with a circle in the wind.

Posted by Marie Tamponette at 21:32 No comments: