Many years ago, while we lived in Paris and ran with all three Hashes of the Paris area (the other two being the wonderful Fointainebleau H3 and the likewise great Saint Cloud H3) a non-limerick came up after a run that went like this:

There once was a young girl from Bude
Who went for a swim in the lake
When a man in a punt
stuck an oar up her ear
And said "You can't swim here, it's private".

Smelly Cheese, a legend of the World's Worst Hash responded to this piece of art with the following, amongst others:

There was a young lady from Bude
Who went for a swim in the nude.
She went out in a punt,
And fell out at the front,
And was horribly mauled -- by a duck!

If you're interested in Limericks you can quite easily find other examples out there. I am bringing this up as this post deals with an area that is mostly used by St. Norman, OVH (this time with Rowed Runner) which is the backside of the Bisamberg in Viennas 21st district. Starting off from the carpark near the local cemetery it is immediately into an area rich with vineyards, cobblestone roads, winehouses(Heurigens),  beautiful running paths, scenic outlooks...., you name it.


There is not much that Hares can do wrong in these surroundings. Tonights Hares were no exception, with bringing the trail all the way further uphill (thereby avoiding the well known Stammersdorfer Kellergasse with all its Heurigens) until the carpark Senderstrasse was reached. Which is were many a Hashrun was started in the past. From there onwards came the locally wellknown any my favourie part of the run which is downhill the cobblestone street of the Jungenbergstrasse with more spectacular views. One does not need to go to Ibiza. Stay with the World's Worst Hash and be rewarded with copious Down Downs. Towards the end, back to the carpark followed by a regular circle and the On After at the nearby Gasthaus Weinbeisser. (They say halfprice food on Mondays which it isn't). But good food nonetheless.


Look here for an explanation.

Another recent attraction (of many, I confess) was the annual Wiener Beerfest in the centre of town. Beerlovers came sample the products from more than 30 breweries. Very much recommended. Annually in the second half of May. 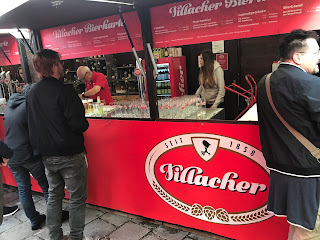 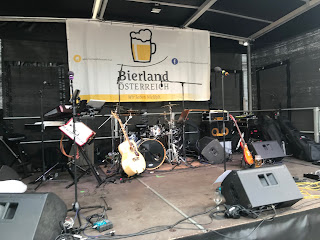 Moron pics can be seen here.

And now, on to Horitschon for the weekend of our 2000th run.
Posted by Marie Tamponette at 22:34 No comments:

A little warmup for the upcumming Traintrolley weekend next week in Burgenland.

Posted by Marie Tamponette at 23:28 No comments:

For the umpteenth and certainly not the last time in this lifetime Rear Admiral Flying Dutchman, OVH started his annual trail from the Brigittenauer Brücke, tweaked in between the Motorway A 22 and the green of the nearby Donauinsel. Another 20 or more Hashers showed up and, after the prerun explanations if was on over the Brigittenauer Brücke into the Donaupark on the other side.

Having run often through the quiet roads where all these posh houses (and a few, well, more old-fashioned ones can be seen) I still tend to get lost there. Mirthfully the shores of the Alte Donau came up and as this is an area where many a Hashrun has been set in the past I could make out at least three if not four areas that were used as carpark on other runs. Not counting in the Gasthaus Birner on the udder side of the Alte Donau, the Gastbaus being our annual host for the World's Worst Hash Christmas Party.

The backtrail consisted of more quiet roads and the beginning of the Donaupark itself. When Pope John Paul II visited Vindobona in 1983, he held a public church service in the Donaupark that 300.000 people attended. There is still a large metal cross to commemorate that.  A little while later it was on back to the carpark, circle and Barbeque afterwards. The main feature of the circle was the return of Cardinal Munk, OVH after heavy illness. The Hash Grill, being kept and guarded by the Hare since ... I can't remember anymore was forgotten at the Grill area and gone the next day when Rear Admiral FD, OVH came back for a search and rescue mission. Would that be worth an extra Down Down the next time round? 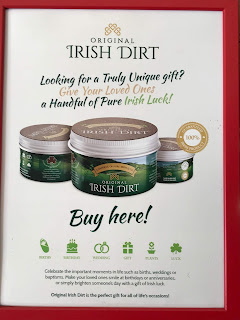 By the way, no screaming and cursing please.

Posted by Marie Tamponette at 23:19 No comments:

Waiting for the Dawn

The first Monday evening run of this year, as always and traditionally starting off from the wonderful Grüß Di a Gott Wirt (the founding place of the Vindobona Hash in 1982) was a bit overshadowed in the truest sense by heavy clouds, the occasional rainshower and something which I have never seen on this hilltop - Viennas highest elevation point at 542 metres - namely mist.

With Cardinal Munk, OVH still on rehab it was Tickpleaser who came to the rescue, offering his time and car and his Hash catering services plus Casting Couch (volunteered herself to take a bus to its terminal and then walk 40 minutes thru the forest, thereby getting lost and arriving a few minutes late) - danque cheun to you both. Furthermore it was our old friends from the Paris, Saint Cloud and Fontainebleau Hashes Spicy Meat Balls and Roundabout whom we haven't seen in many years. They, as houseguests and great Hashers, gladly assisted as well, so in the end a team of five laid the trail, carried on up the bubbly stuff and prepared the stage for the songstop.

In spite of the weather (thanks RA!) 20 Hares plus us five hounds made their way up the hill to the Hermannskogel with its landmark, the Habsburgerwarte and Spicy Meat Balls and I barely got up and had the prosecco ready when the first runners already arrived.


The Cups were filled and handed out by Holy Roamin' Empress, OVH personally to all arrivals. After toasting to ourselves (37 years of VH3!) it was time for the theme song, a British hit from 1966 that is very likely to be performed on the weekend of our 2000th run again.More of that at the end of this post. After drinking and singing it was on downhill to the circle were visitors were introduced, Beanman (the only remaining survivor of run # 1!) was celebrated and at long last it was time for the nearby OnAfter. Stefan, the owner of the Grüß Di A Gott Wirt always passes on his weekly closing day and opens up just for us. Thanks for that! 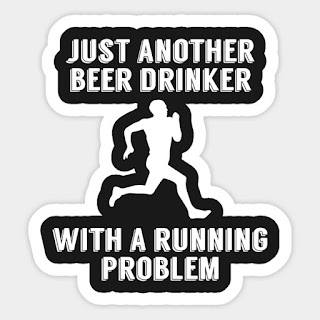 Posted by Marie Tamponette at 13:29 No comments: