The Debate rolls on

Yet another annual regular run was set by Tickpleaser and Prof. DDr. Felch, OVH (assisted by Squeeze Box Mama on the culinary side afterwards) uphill at the Tirolerhof outside Perchtoldsdorf, near Gießhübl. Luck had it that the ground was snowcovered and in contrast to many a previous run the trail was neatly set all the anti-clockwise way, compared to previous experiences. A Schnapsstop was promised at the beginning and that promise was kept towards the end of the run, much to everybody pleasure.

And, a difference to the usual huge pot of tasty Chili for Hash dinner, Squeeze Box Mama prepared delicious Pulled Pork sandwiches to the hungry masses. A true delight with various Merkin sauces!

And, as two Britons set this run, here are 14 Haikus that perfectly sum up life in Britain. (Rumor has is that the walking Hare Squeeze Box Mama got lost somehow with her flock of Hashers and they had to walk all those extra motivational kilometres). 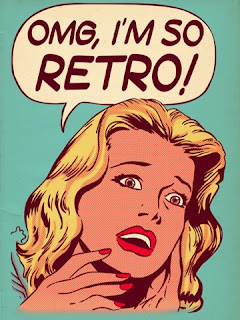 Posted by Marie Tamponette at 21:47 No comments:

The Wino Walk, the Epiphany stroll, a gathering of wondering wanderers was started in 2002 and has become an annual custom at the Worlds Worst, usually to held on, well, Epiphany. This year the date was blocked by a Hashrun so we moved the date to January 19. This years aim was to get up to the Hohe Lindkogel in the Helenental a bit outside of Baden bei Wien (south of Vienna) and 10 committed souls started punctually (!) from the carpark next to the Augustinerhütte, all the way uphill.

After 20 minutes walking on frozen ground there was snow in abundance and after another 90 minutes the Schutzhütte zum Eisernen Tor was reached, with splendid views all around. One hour-long lunch and a downhill walk later this pleasant day was concluded at a merry Heurigen in Guntramsdorf. 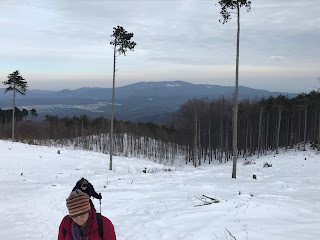 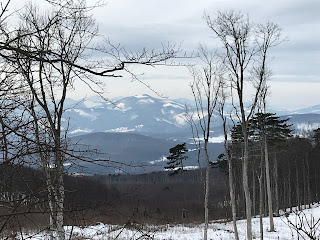 Posted by Marie Tamponette at 11:32 No comments:

Yet another Moon walk (once a run for most of us when we all were younger) started from near the Nußdorf Train Station in Viennas 19th district. Set by Kuty PI and Joystick, the 45 minute long track was leading a bit (not much) uphill into an area where backstreets are quiet, not too many public transport vehicle are driving trough, in short, a somewhat posh region, that district. Of course full with Heurigen places (many more up in Grinzing and Neustift am Walde), but also rich with vineyards and forest if you go up further.

Nice uphill trail/walk close to the Heiligenstädter Friedhof and back downhill again along the Beethovengang. The circle with supporting noise by passing freight-trains was held opposite the Nußdorf trainstation and right next to the Schemerlbrücke, designed by the great architect Otto Wagner. On after at a nearby Gasthaus which has been around for a long time.

(These ones were taken by yours truly.) 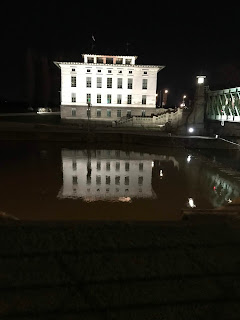 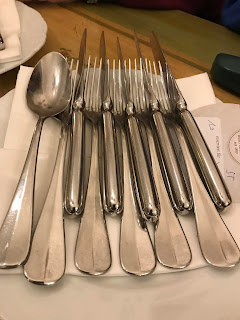 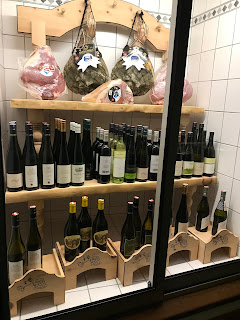 Posted by Marie Tamponette at 11:18 No comments:


Since we - wife, kid and I were doing a hilly walk somewhere in the Helenental - with plenty of sniw further uphill - we missed out on the run in Eichgraben with 30 participants and heaps of more snow. Cardinal Munk, OVH was kind enough to come up with a short summary after I asked him politely.

In the bowels of Eichgraben.

The 1996th run was set by a former resident of the town of “Oak Ditch”, Oh Sodomia (Yo Yo’s Ma )and her able side kick Q-T-3.14 etc.Yours truly was there to guide  the slow, retarded and lame  through a landscape of snow and slush. Much to the hares surprise, 30 pathetic hashers appeared at the Eichgraben station spoiling  for a beer stop.Unfortunately The chief hare had planned a trail that was the polar opposite to where my residence (Casa Cardinale) lay. Hence no fun and beer  at the Cardinal’s digs.Maybe next time, he laughed  silently. Meanwhile the pack was led through the underbelly of the town tunnelling through the Westbahn and then down my favourite street named" 3 waters”.Crossing the main road of town the pack was led up to the hills and frozen tundra. Up, up they went , feet ankle deep in snow, plodding further into the snow covered fairy land. Of course I didn’t see any of this. Walrus and I were at the tail end of the group where I proceeded to get lost. We caught up by short cutting up cemetery ridge(fictitious name). Then we tagged along the walkers trail until we came home, dead last. A nice long run.
The circle had some significant moments namely the awarding of the Golden Medal Of Merit for reaching 1500 runs ( by cheating) to Lord Glo-Balls alias Johnny “Paycheck” Russell.Oh Sodomia!  (Yo Yo’s Ma) wasn’t awarded a mug for her 50th run and some dick was given a cake with the Puppy's and HRH Ice Queen’s favourite number”69”on it. I didn’t get the significance of it nor did I get a piece of cake.I watched as all the hasher drove away and then I was in the parking lot  , alone again.

Many thanks for this. The Finns deserve much praise - and we certainly have two Finns running with the World's Worst - namely Pocahontits and Horsedick for coming up with the great term KALSARIKÄNNI and a book as means of explanation. This book could have been easily written by a (Finnish) Hasher. Check it out here. 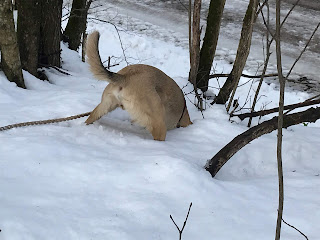 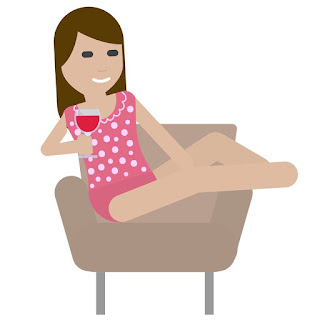 Posted by Marie Tamponette at 21:49 No comments:

And so it was on back to another Powderfactory run near Blumau-Neurißhof, venue of runs # 1514 and 1936 (look for those respective Blogposts just like I did I suggest) on Epiphany day. Look here for an explanation of an area with a whole lot of ruins, old tunnels, debris and a merciful forest that covers most of it. Strange to think that more than 20 World's Worst Hashers made their way out to a small carpark somewhere behind the village of Günselsdorf

On the other hand, we know now what to expect from this runs, neatly divided into runners and walkers parts (and even a runners x 2 stretch with some extra creepy crawling). Is it our age or the fact that we'd been told by the Hare Deodorant that there would be a Drinkstop - Glühwein - ready or us - during the run that made the exercise a wee bit less strenuous? The liquid reward came after an extra bit of running after we'd left the ruins and was much welcomed by all, especially Nail Me, Moehair Richard Kopf, OVH and their victim Mr. Pink who hitched a ride, only to arrive late after an 8 Kilometre detour (thanks, dear car Navigation system!).

After the drinks it was back into the old powderfactory area again, this time only for a short twenty minutes until the carpark was reached. Feature of the cirlce, at least for me was that Scarlett Pimpernell (Returnee after one year!) and the Famous Pimpsqueak got married after having lived together for a quarter of a century. Sincere congratulations from all of us at the World's Worst.

Pics will be added when the Moron digit will be removed from the orifice.

via GIPHY
Posted by Marie Tamponette at 23:51 No comments:

And what more do we need, after having it done 1500 times

Participating in the first run of the year on the first day of the year puts me immediately in front of the notorious No-Lifers group within the World's Worst, a position I won't hold for long. Root CAnal volunteered and Horsedick was volunteered to come up with a short Hangover run after the Red Dress run festivities and a sumptuous New Years Eve Party at the Walrus House (yes, we do have one such house here in Vindobona!).

A personal tradition is to watch and listen to the New Years concert of the Vienna Philharmonic, with this being a standout piece (though performed in 2014 here). An amazing number of 20 showed up,  and the GM of the Brussels Manneken Piss Hash Dr. No, accompanied by his wfe Any Cock(tail) will do graced us with their presence. The trail started - as mostly - alongside the Waterline - straight onto the Brigittenauer Brücke and on across to the other side, accompanied by windy weather. In the densely populated 20th district which is the Brigittenau the way was a short one to the Allerheiligenplatz and further on to the impromptu Hash House of the day - the main Hares flat - where Glühwein was served.

On back was short, agreeable and windy over the Danube and a footbridge to the carpark. Moehair Richard Kopf, OVH showed up very late (as did Mr. Pink), both looking somewhat shagged out.

The main feature of the circle was a special certificate that was handed to me for presentation by Lord Glo Balls, OVH. He completed 1500 runs with the Worlds Worst Hash as of yesterday. As I completely forgot about this when I wrote this post shortly ago, I herewith apologize to Mr. Vindobona Hash. My sincere congratulations for reaching this astounding number go with it.

Posted by Marie Tamponette at 14:16 No comments: