I just went out for lunch for a glass of cool something with three nice Hashers ( a lady and two chaps and there ARE actually ladies on the Hash!). We met at Mr.Lis Cooking am Naschmarkt. On this perfectly sunny springlike day the four of us sat outside, had lunch and, as we were abot to order another round of drinks, were a bit rudely driven out be the waitress with words like;" You must go now, other customers after you want to eat and not just drink."
After this awkward sendoff I strongly recommend all you 4 official readers and of course ll other ones to stay away from this establishment as there are lots of other and most likely more welcoming places to be found at Naschmarkt in Vienna.

We want to share a drink with our friends whenever we please, n'est pas? 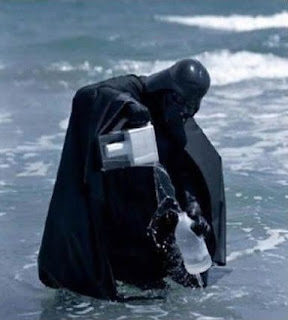 On a different note, the Order of the Vindodona Hash (OVH) will very very soon be inducting its second member. Watch out, either for tomorrows Blue Moon Run (including the same old beer stop in the same old brothel probably) or this coming Sunday?

Let's listen to some Toby Keith now, shall we?

Posted by Marie Tamponette at 18:37 No comments:

Labels: Dreams of Milk and Honey

A Raise of Eyebrows

Taking a look at that poor guy above ( a Squonk) you know already that I am going to put in an entry about my last weeks run in an enormously depressing area (especially in winter, especially on a Sunday) called Industriezentrum Niederösterreich-Süd. Depressing of course only to run on cold Sunday afternoons when at the same time one could sit in an Irish Sports bar - for instance - watching Rugby and getting trashed whilst.
But, one must do what one must do. Truly in the tradition of last years Christmas run I put in a wrong name of the meeting place - old name Pizzeria Capricorno instead of new and lasting name Industriestüberl which made all of you drive a few rounds to get acquainted to the whole area, obviously :-)
Some short proceedings later, like collecting Hash Cash and getting reimbursed on my own expenses, it was on off on a casual stroll literally down long roads, admiring the sight of closed companies. As the place is completely flat all around, it provides ideal conditions to do a little jogging, an invitation that a few accepted willingly.
Then came the drink stop, with three bottles of Sekt (Hochriegl) and a packet of Mon Cheri and Raffaelo alike and to watch all these goodies disappear in no time made me realize that when planning for a nice little stop of something then always buy 50 % more than you initially wanted.
I persuaded the owner of the Industriestüberl/Capricorno to open the place up especially for us and to my great pleasure I saw the cook Ahmed arrive and open the main door, also much to the relief of all who needed to relieve themselves in privacy.
As Ahmed was completely on his own, food had been pre-ordered and drinks were poured by main aide Sex-O-Phone. General silentium is always a sign that the hungry got fed. Did anyone not like their pizza? If so, please leave a comment and tell me.
On out for now. 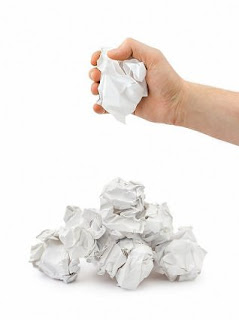 My hero Bix Beiderbecke, this time with the Frankie Trumbauer Orchestra, recording date January 9 in 1928.

Posted by Marie Tamponette at 23:35 No comments:

The northeastern edge of Vienna in early February (the 7th fot those hu r interested) can be an especially charming enviroment. That is, if you're into ice, fog, cozry temperatures below zero and a Grand Meister (Lord and Lady Stormin' so to speak) who seemed to have been a bit into running onto the flat. Terrain that is. Le Grand Meister warned us that the track would be outrageously icy and one should carefully watch their step.
A good part of the pack - including yours truly of course - took the shorter walkers trail which after some 45 minutes led more or less back straight to the OnIn even before the runners got back to the car park. A very welcomed moment to enjoy a cup of hot tea, bowls of classic Goulash Soup and the typical Roter Spritzer.
Mind you the temperature that day was all time somewhat below zero. A very refreshing drinking session later it was back to the carpark, but not before King Ralph pulled the Grand Meisters leg by phoning the good man up, telling him that our group of 8 got lost way outside on the Brünner Straße and needs a rescue transport back.
In no time did we see No Balls Prize's Gang Bang Bus (huge vehicle!, the GM by his side!) pass by and it took another explaining phone call to lure these two back.
Usual and nice circle, on out for now.

Get to listen to some Dizzy Gillespie in the meantime!

Posted by Marie Tamponette at 22:25 No comments:

Who spiked the eggnog?

A mere five weeks away from the famed opening of the Schweizerhaus. I am happy to report that everything is going its most useful way. The ice skating spectacle on Rathausplatz is in full swing, the beer prace remained stable more or less with 3,40 for a pint and the remainders of a very stubborn bronchitis are starting to disappear.
The last couple in the Winter were strenuous (Jan. 24, Hares MOM and My Sisters Glowing Cee U Next Tuesday) up on the Sofienalpe. I must have been fortunate enough that my lingering cold made me stay home rather then getting caught all the way downhill from Sofienalpe on the Höhenstrasse and then taking the bus back up on top.
Sunday last week (Hares My Pint and Joystick) was a "boring running track that I always use" (quote first Hare) with lots of Snow, Ice and Wind on around the Rudolfshöhe out in the 14th district, and I still try to remember why MOM got thrown out of the Supermarket he always goes to. If I remember to ask him next time, you will read that here first.
In the meantime, curtain up for another timeless classic from Frank Zappa:


On out.
Posted by Marie Tamponette at 16:12 No comments: