Why would someboy - anybody - come up with a writeup about an Event that has happened already a year ago? The answer, dear reader, of course is WHY NOT? Back in May of 2014 it was the 1700th run weekend of the World's Worst way up in Weitra, a charming little town with its own Brewery of renown and a Brauhotel that was chosen by the erudite organ-sizers of that weekend to host us. 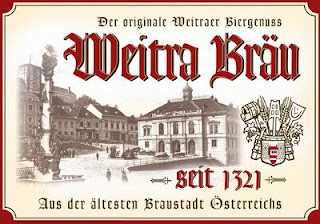 I had the pleasure to hitch a ride together with MOM and Cardinal Munk, OVH and it was the perfect no-brainer to steer MOMs car by sheer willpower (he did the steering and we supplied the mind effects) to get up us to Weitra in a decent couple of hours. Apart from perfect organisation and glorious beer, the thing I remember most was the astoundingly miserable weather.


The warmup run on Friday evening was a short look around the town and was followed by a pub crawl with quz night. The main run on Saturday span out for 16 oi 17 kilometres and was as much a mudbath as it seemed to be a rainfest. No honestly, hard downpour was coming in throughout the run yet the magnificient area made more than up for RA's shortcomings. Eventually runners and walkers met up again at a Waldviertel trainstop in a village called Dietmans. (How many Harriettes and Hashers fit into a tiny and sweaty Trainline Waiting Hut?) VERY MANY!

That trainride back with a steamengine leading the wagon must have been a tender reminiscence what it was like to travel by train in the 1930s era of when that wagons were built. Steam was peacefully flocking down onto the fields and at a stop a little outside Weitra it was yet on for another 3 k's of four. When the end finally came in sight - in the wind and cold of course - it was time for the cirlce on the old towns main square, righ tn front of the hotel. Apart from the usual Down Downs - I do remember Rhymes With C who came along accompanied by the notorious Likkm - the main thing was a Hash Wedding Ceremony for My Sisters Glowing K and Rollin' Stone,  performed in style by your very own Cardinal Munk, OVH who was duly assisted by his disciple Multiple Entry.


In the everning it was long Sauna Sessions, food, drinks and party. The shortish Hangover run next morning comprised an interesting Hash View, a local cistern from medievial times. Istanbul cistern en miniature. All in all, well done organizers, even the pathetic weather made nearly no-one snivel and whinge.

Sometimes later last year My Sisters Glowing K and Rollin' Stone got married, even later than that TB Saint Norman, OVH, passed the Grand Masters Baton on to Multiple Entry. Maybe more on that another time.